U.S. Senate
Hillbilly Elegy author J.D. Vance secured the Republican nomination for the Ohio U.S. Senate election following an endorsement late in the race from former President Donald Trump. Once solidly in the middle of the pack, Vance – with Trump’s endorsement – triumphed over four other established candidates: former state treasurer Josh Mandel, former Ohio Republican Party chair Jane Timken, Cleveland businessman Mike Gibbons, and state senator Matt Dolan. In one of the most expensive and contentious primary races in Ohio’s history, all candidates but one vied for Trump’s endorsement during the entirety of the race, with some (including JD Vance) having to walk back controversial statements they had made about the former president. State senator Matt Dolan was the lone Republican challenger who did not seek Trump’s blessing; this tactic provided him a surge in the polls near Election Day, but he still fell short in third place. Vance’s victory shows Trump still holds considerable political sway in Ohio.

U.S. House
Ex-President Trump’s hold on the state is evident also in the victories of Max Miller and Madison Gesiotto Gilbert in their U.S. House primaries. Gilbert will face Democratic State Rep. Emilia Sykes from Akron in what is expected to be a competitive race. Miller, running in Ohio’s newly drawn 7th Congressional District and favored to win, will run against Democratic political newcomer Matthew Diemer from Bay Village.

The most moderate of the GOP candidates for governor, DeWine failed to secure more than half the vote in the primary, ending up with 48%. Former U.S. Rep. Jim Renacci secured 28% of the vote, with Joe Blystone and Ron Hood at 21% and 2% respectively. Governor DeWine has faced significant criticism from many in the party over his actions and orders at the onset of the pandemic. He was fortunate that both Renacci and Blystone ran and split the vote of his detractors.

Incumbent Secretary of State Frank LaRose defeated former state lawmaker John Adams in the GOP primary. He will face Democratic candidate Chelsea Clark from Cincinnati. It is likely LaRose will hold his position in November.

Redistricting Update
The Ohio Redistricting Commission convened at 2 p.m. this afternoon – with two new faces in its midst. Senate President Matt Huffman and House Speaker Bob Cupp, both Lima Republicans, appointed Sen. Rob McColley (R-Napoleon) and Rep. Jeff LaRe (R-Canal Winchester) respectively to sit on the Commission. The official word is that McColley and LaRe will bring fresh ideas to the stalled redistricting process. However, selecting appointees two days before the May 6th deadline outlined by the Ohio Supreme Court is causing speculation that the appointments were more about delaying the process than cultivating new ideas.

The Commission also faces a May 28th deadline outlined by a federal court. If the Commission fails to produce a viable map that passes the Ohio Supreme Court’s scrutiny by the 28th, the federal court will impose the invalidated 3rd map for the 2022 cycle and set an August 2nd primary election for Statehouse seats. 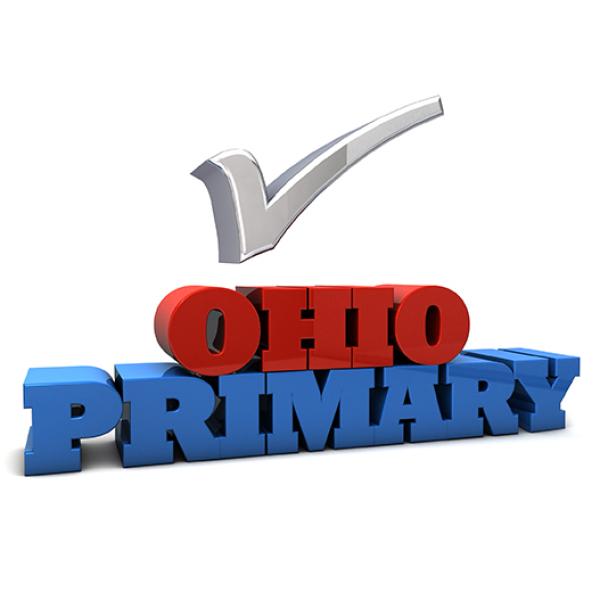